With more than 30 years of experience, 7 offices and over 1500 employees across the region - Gulf Business Machines (GBM) is a leading end-to-end digital solutions provider, offering the region’s broadest portfolio, including industry-leading digital infrastructure, digital business solutions, security and services.

We have nurtured partnerships with the world’s leading technology companies and invested in a talented, skilled workforce to implement solutions that cater to customer’s specific, complex and diverse business needs. With on-the ground, readily available expertise, GBM provides round-the-clock support to customers across the region. 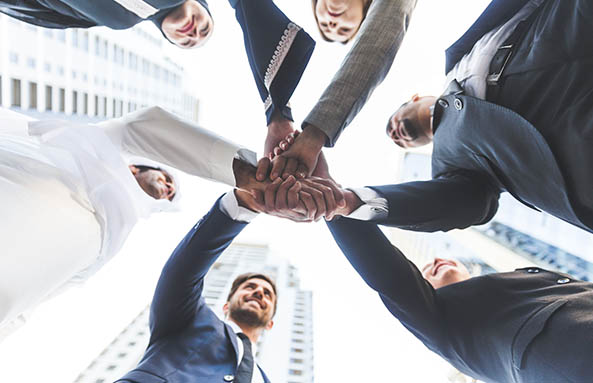 To be the region’s leading technology company, preparing businesses for tomorrow. 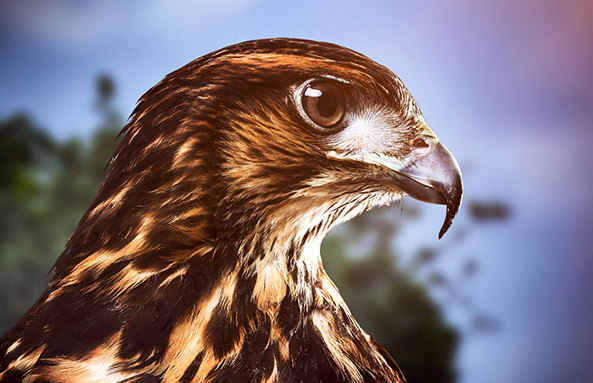 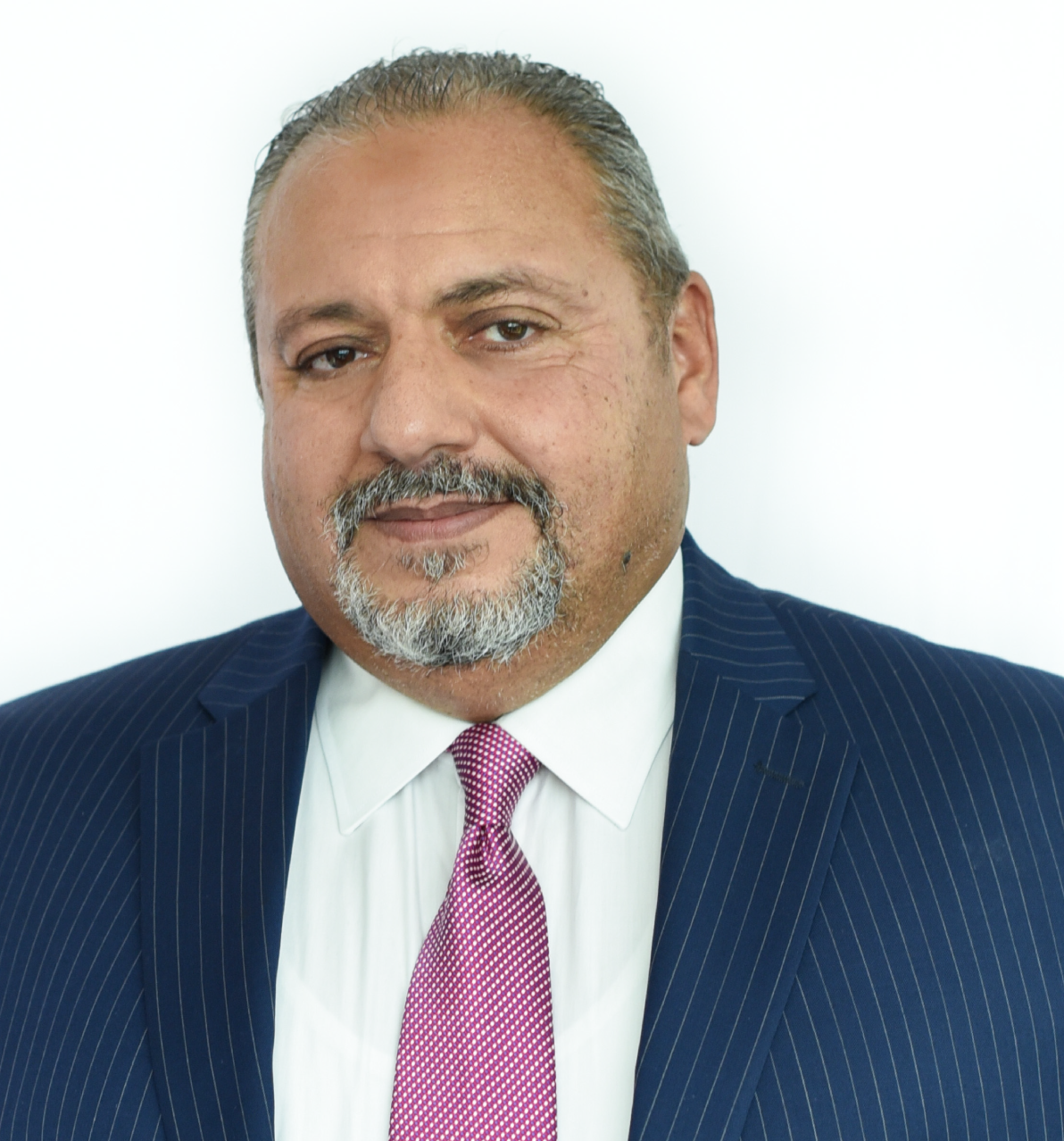 Amr Refaat is the Chief Executive Officer of Gulf Business Machines (GBM.) As part of his role at GBM, Amr oversees day-to-day operations across the company’s branches in the GCC and Pakistan from the Dubai headquarters.

Amr has a passion for driving continuous innovation with technologies such as AI, Cloud and Analytics. He is spearheading GBM’s position in the region as an end-to-end digital solutions provider. Under his leadership and with his deep understanding of the regional market, GBM will continue to support its customers on their digital transformation journey.

Prior to joining GBM, Amr worked with IBM for over three decades, and most recently held the role of General Manager and Vice President of IBM’s Middle East and Pakistan operations. Under his leadership, IBM expanded its presence in the Middle East region by opening offices in Saudi Arabia, Kuwait, Qatar and Abu Dhabi and launching two client centers in the UAE and IBM’s first Digital Design Studio in Dubai.

Amr graduated from Cairo University with a Bachelor’s degree (Hons) in Electrical Engineering. He went on to secure a MBA with distinction in International Business from the Maastricht School of Management in the Netherlands.

Manoharan joined GBM in 1990 and has been part of the management team since 1991. He is the executive responsible for all financial actions of the company including taxation, audit and financial reporting across GBM.

He has previously worked in leading audit firms and has over 38 years of experience in the field of Finance and Auditing.

He is a member of the institute of Chartered Accountants of India and holds a Bachelors degree in Finance and also has attended training courses from London Business School in financial management and treasury. 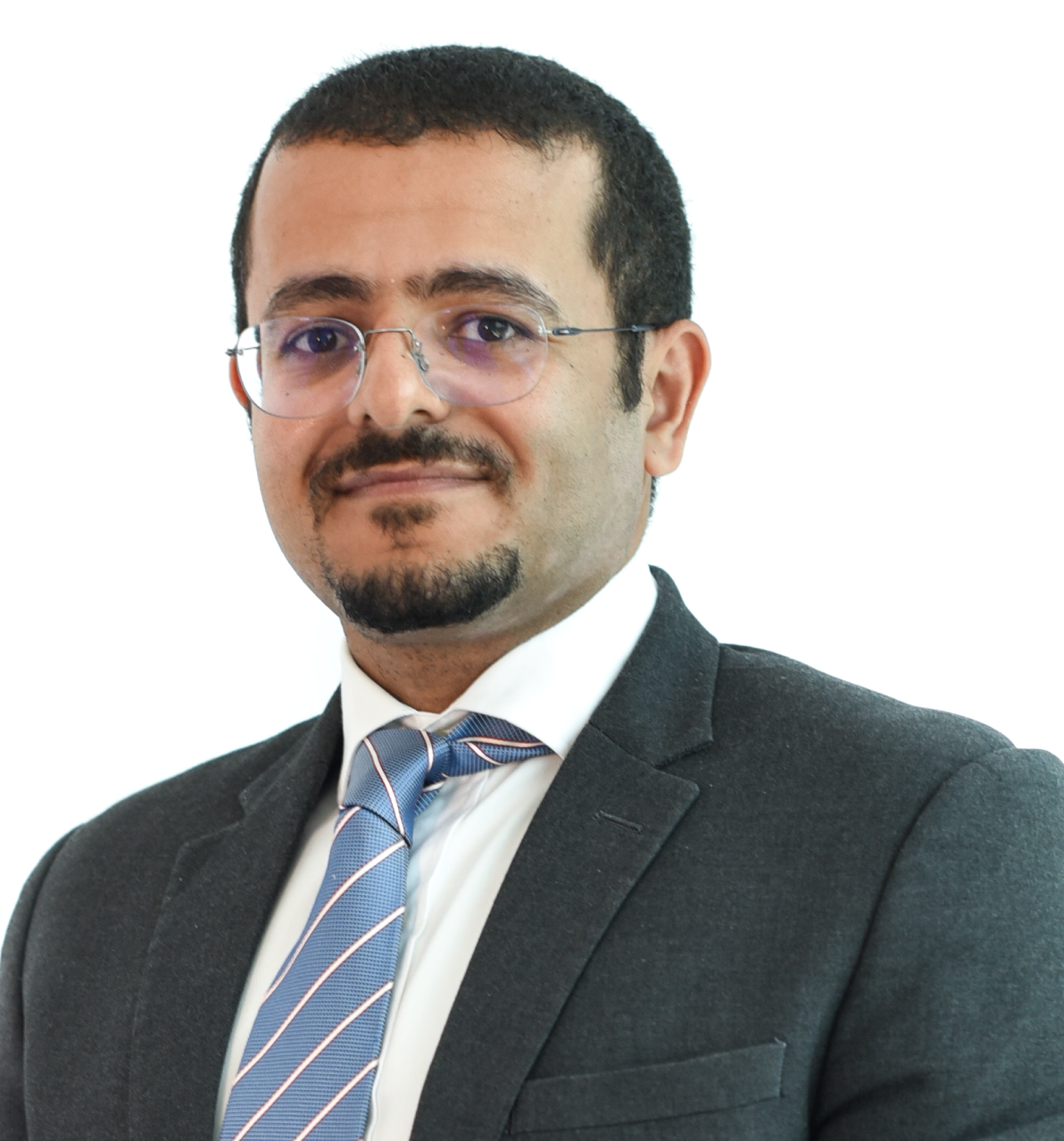 Feras Al Majed is the Vice President of HR & Communications. He originally joined GBM in 2013 , Feras is responsible for all HR & Communications activities across the entire organization including the employee experience, hiring, employee relations, compensation and benefits, as well as training and development programs for employees at all levels.

Feras has worked previously with leading organizations such as BNP Paribas, DHL and Investcorp in various HR roles . 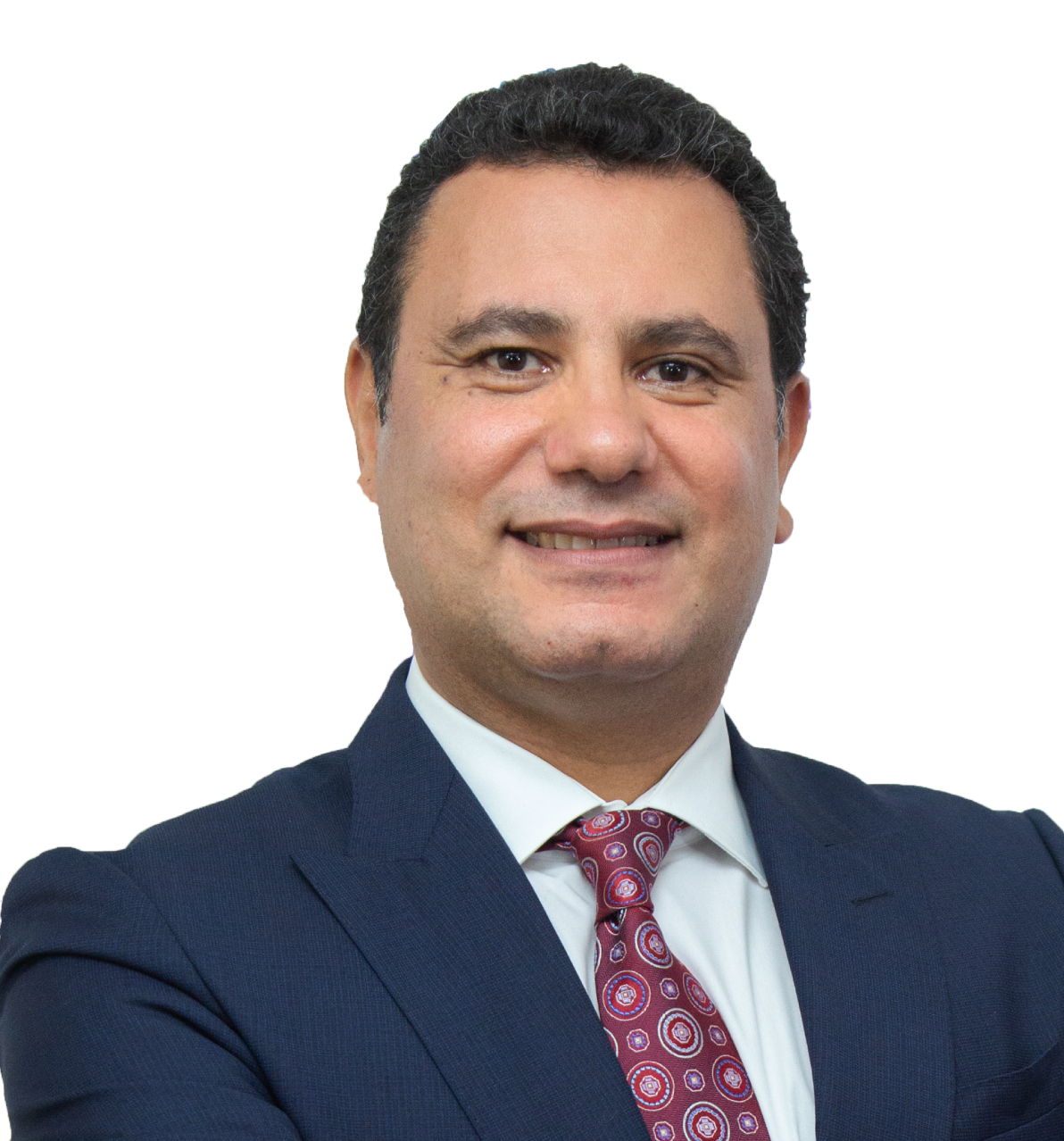 Cherif brings over 20 years of ICT experience working with clients in different industries across Europe, the Middle East, Africa, and North America. Before joining GBM, Cherif was the Managing Director for SAP in Egypt. He has also held several executive roles within IBM across the Middle East and at a global level. 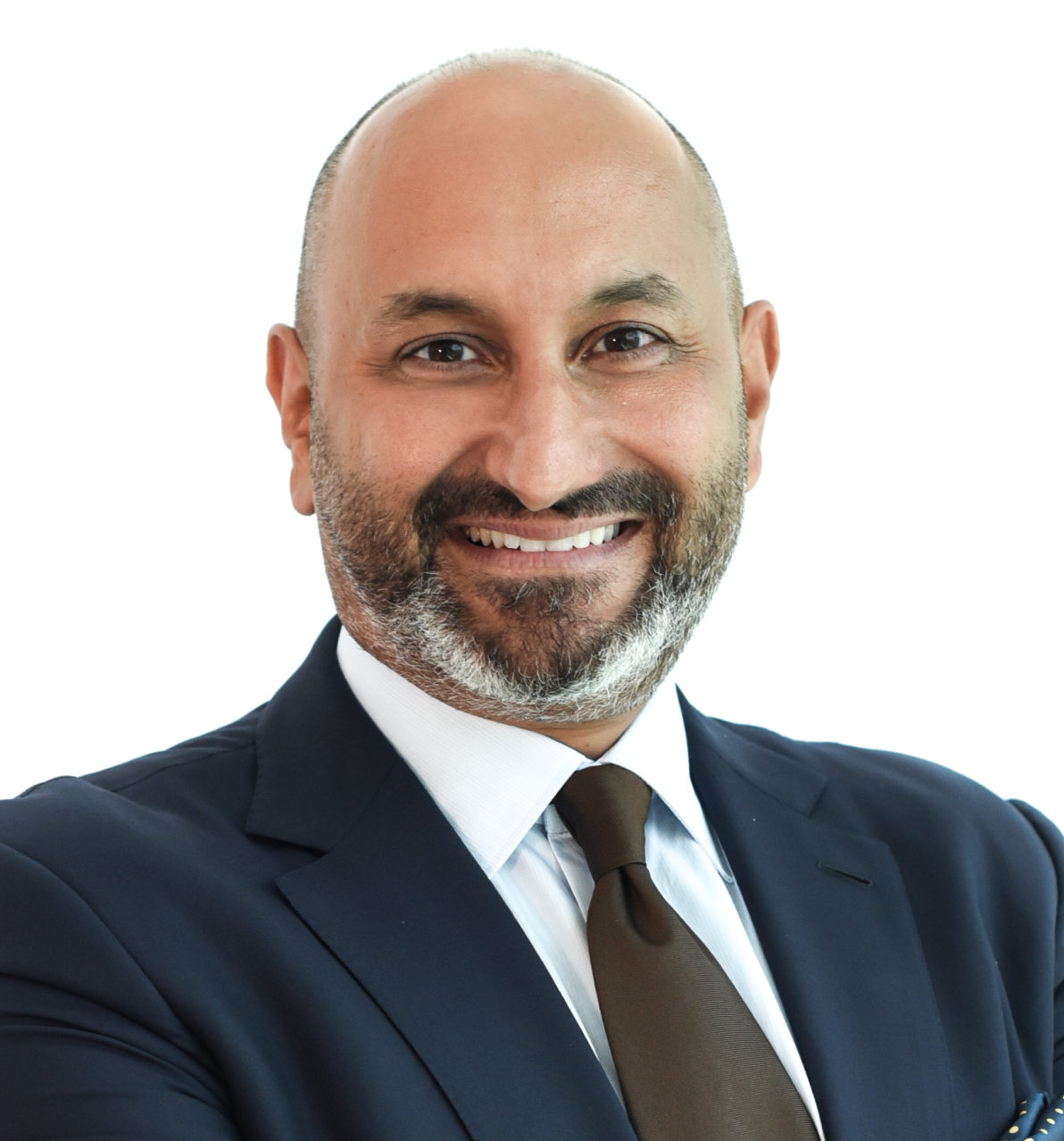 Hani is an ICT executive with more than 25 years of industry and leadership experience in the region. He held several roles in global organizations including Digital Equipment Corporation, Compaq, 3Com and Cisco Systems. 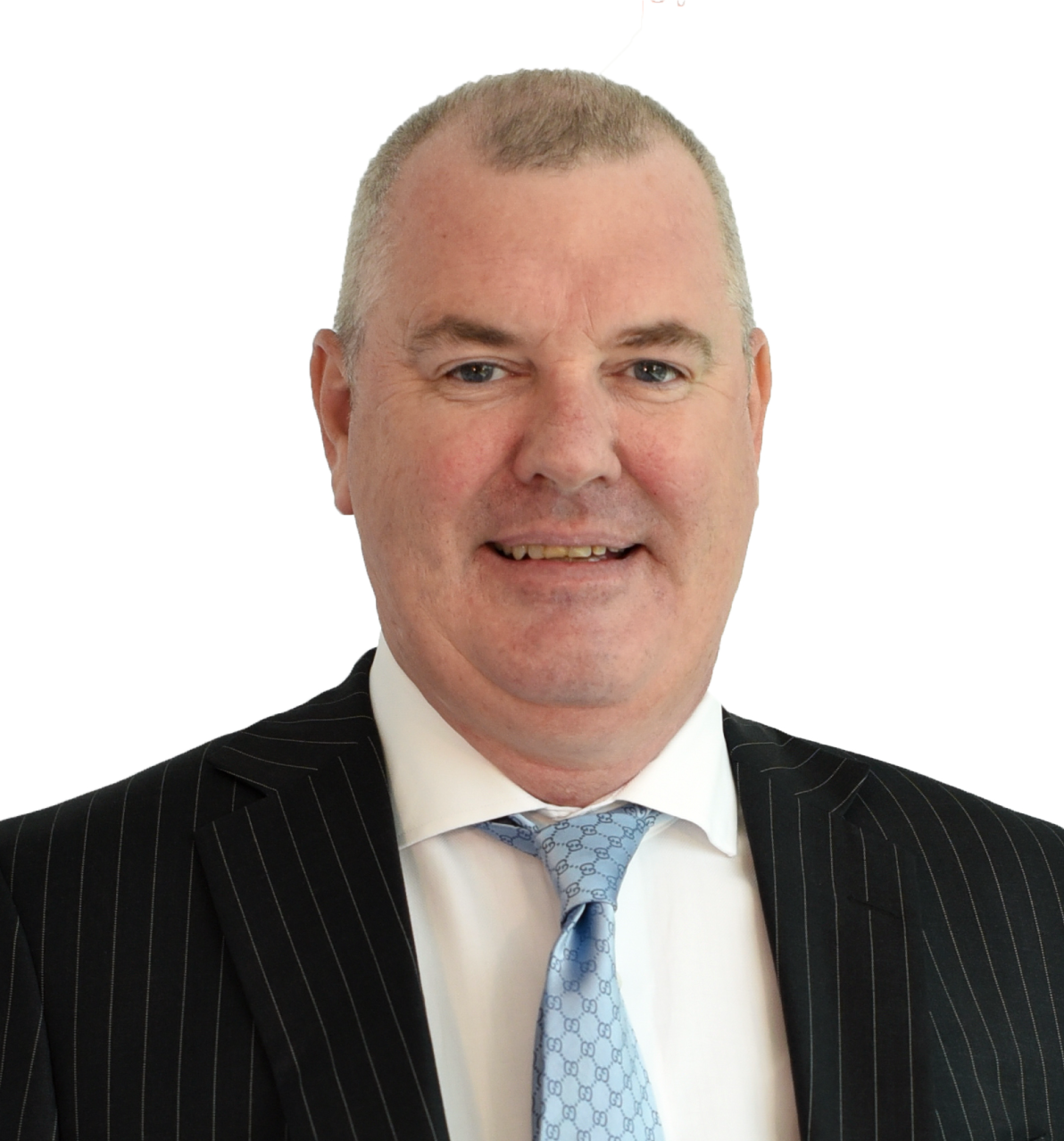 Stephen Kelly is the Director of Technical Support Services (TSS) at Gulf Business Machines (GBM.), responsible for leading the TSS organization across the Gulf with responsibilities focusing on customer satisfaction, profitable growth and building a strong technical support and services portfolio.

Stephen has over 32 years of Service Management and Service Delivery experience working with customers in different industries across the United Kingdom and the last 11 of these years in the GCC.

Stephen holds a post-graduate qualification in managing development and change as well as a Professional Certificate in Management from the Open University in the United Kingdom. He also holds a BTEC Certificate in Electronics and Communications. He has also completed executive education at the London Business School and holds multiple certifications in Service Management. 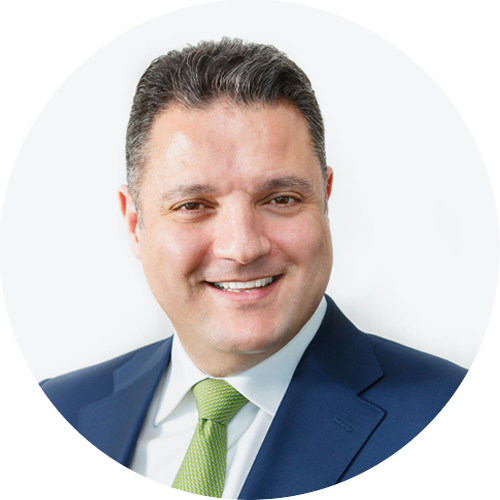 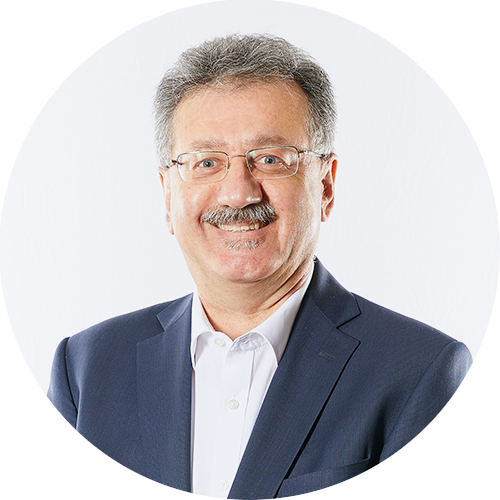 Abdulla Ishaq is the General Manager for GBM Bahrain, the Bahrain-based division of Gulf Business Machines (GBM), and is responsible for the growth of the business in the Bahraini market.

Ishaq has overseen GBM Bahrain’s evolution into a world-class IT consultancy business that also offers the widest range of cutting-edge technology and networking solutions, design, integration planning, as well as capacity planning for future growth. His leadership has given GBM Bahrain the platform to retain long-term, high-profile customers in Bahrain’s public and private sector, as well as verticals such as banking, telecommunications, manufacturing, oil and gas and SMEs.

Abdulla joined GBM Bahrain at its inception in 1990. Since then he has held a number of positions in the company before taking the helm as Country General Manager [2001] for Bahrain. 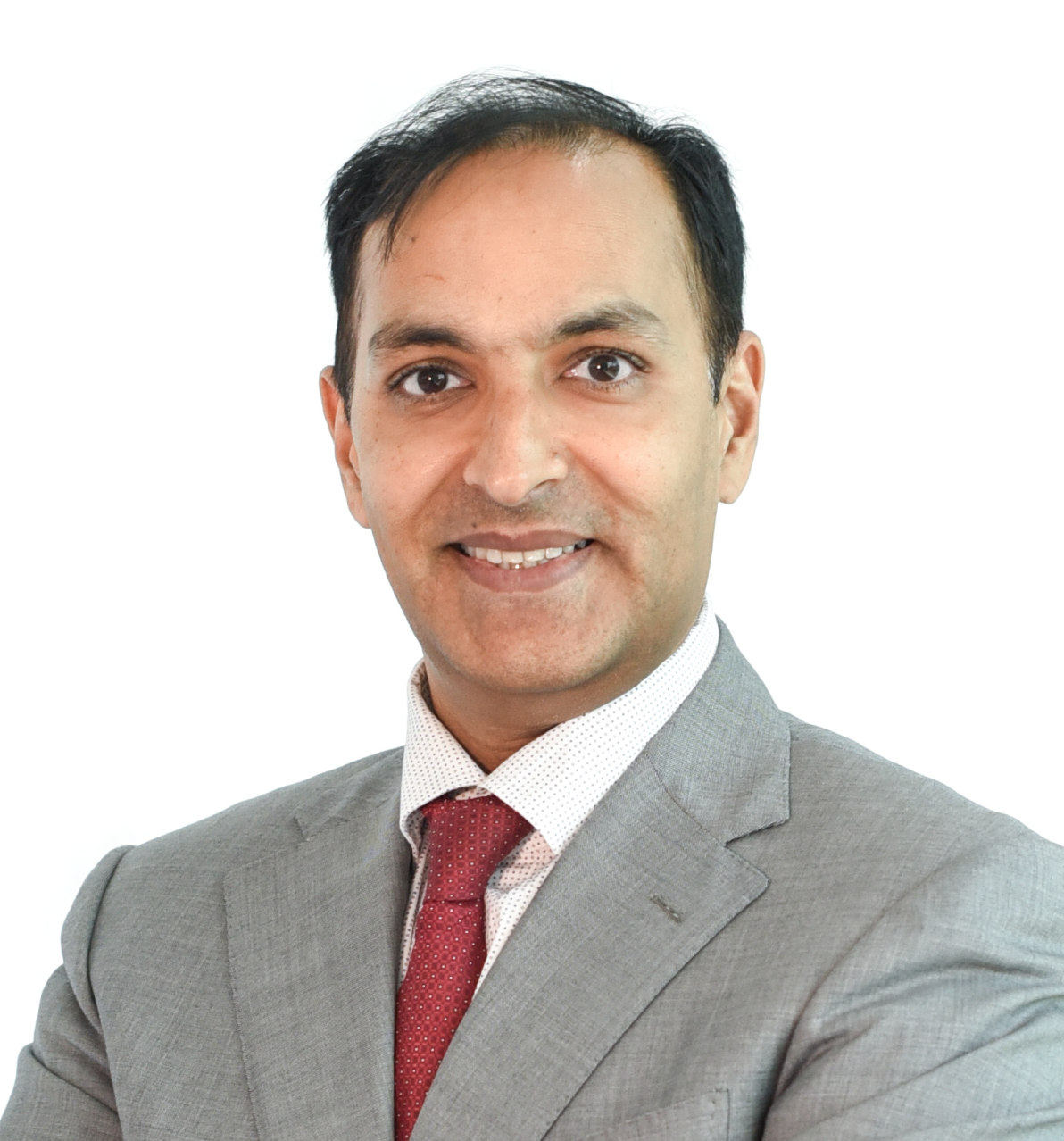 Mohammed comes with a progressive experience of over 22 years working with the leading technology companies such as IBM, SAP and Microsoft across Europe and Middle East where he has held a number of senior positions within IBM’s Global Business Services (GBS) Division, most recently as Managing Partner/Vice President for GBS based out of Dubai. Mohammed has also spent 11 years leading Client and Services teams in the UAE and is joining us from Linkmedia a Digital Cloud Solutions Company where he was the Chief Operating Officer.

Wassim Seliman is the General Manager of GBM Kuwait, a role he has assumed since 2018. Wassim is responsible for maintaining GBM Kuwait’s customer relationships, the growth of the local business as well as the skills development of GBM employees in Kuwait.

Wassim has 28 years’ worth of industry experience and first joined GBM Kuwait in 2003 as an Account Manager. Since then, he has held a number of positions in GBM including Government Market Director.

Wassim graduated with a Bachelor of Science in electronic and communication engineering supported by a London Business School degree in Planning and Strategy. He is also a Baltimore-certified Security PKI Engineer, and has received an ITIL Basic Foundation Certification.

Meet some of our strategic partners

We are proud to be one of IBM’s most strategic partners in the Gulf, having partnered with them since our inception as their sole distributor throughout the GCC (excluding Saudi Arabia and selected IBM product and services.)

Our long standing partnership with Cisco dates back to 1999. We hold the highest level of certification – Cisco Gold partner status and today we are the only Gulf company to hold a combination of; Cisco Master Collaboration, Master Security Partner and Master Networking Specialization accreditation.

With more than 300 Cisco certified resources - GBM holds all the key Cisco architecture specializations such as; Data Center, Collaboration, Security, Enterprise and Software. We are also the only TITAN partner for Cisco AppDynamics in the region.

GBM is the premier partner of VMware, which is the highest partner status within VMware. We are also a VMWare Professional Services Organization(PSO), which enables us to offer consulting, planning, design and deployment services of VMWare solutions.

How can we help?

Our team has expertise across the full range of digital solutions. We are here to help you progress on your journey towards digital transformation.